Correct Zero Position, or CZP, is located at coordinates 'I, 9' on the collimator grid. It is primarily used to get shooters close or ‘on paper’ prior to live fire zero. CZP can also be used as an emergency zero for shooters who do not have a recorded PZP.

NOTE: each shooter should establish CZP on their own weapon. 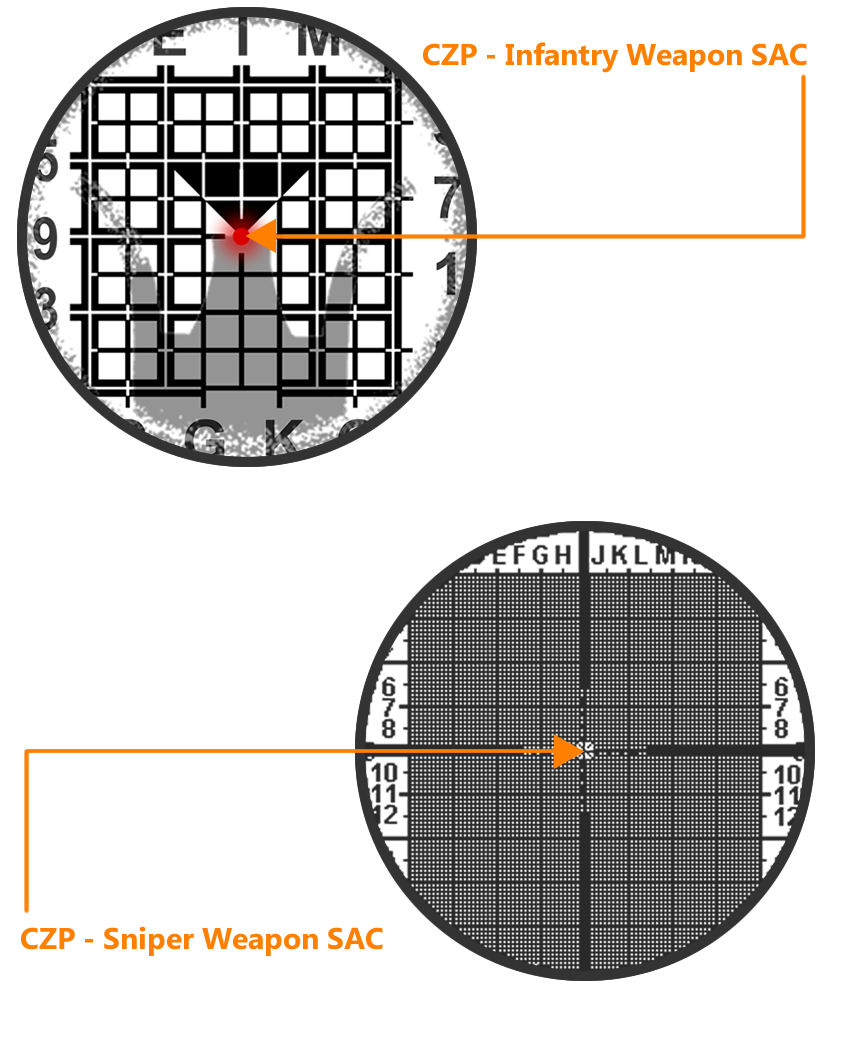 Follow our family of companies on social media to keep up with events, courses, informational videos, and more!